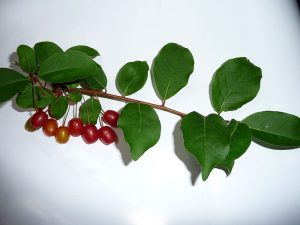 This perennial shrub is native to eastern Asia, including China, Japan, and the Korean peninsula. Similar to other invasive species in the genus ( E. angustifolium, E. pungens, E. umbellata ) E. multiflora produces ripe fruits that could be potentially dispersed by birds from landscaped properties to natural areas. Non-native, North American populations of E. multiflora have been reported in 12 eastern states, including the Tennessee border states of Missouri, Kentucky, Virginia, North Carolina, and Alabama; though, no known populations have been reported in Tennessee. 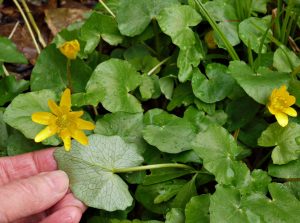 This European perennial herbaceous plant is found in moist soils, typically forested floodplains or riparian areas. It is found growing in many US states and provinces of Canada including the Pacific Northwest, Midwestern US and northeastern United States and Canada. The plant has been reported to form dense stands which can exclude native herbaceous vegetation and has been banned for sale in Massachusetts and Connecticut. Populations have been reported in Campbell, Hamilton, and Knox Counties in Tennessee. 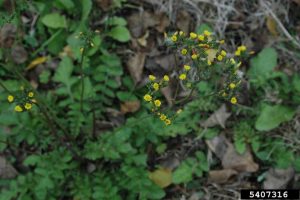 This annual herbaceous plant is a member of the Asteraceae family and has a broad native range that includes eastern and subcontinental Asia, the Malaysian archipelago, Australia and some Pacific islands. This species is listed as an invasive in the District of Columbia, Hawaii and Virginia and its non-native range covers 14 southeastern and mid-Atlantic states. Recorded populations in Tennessee occur in Davidson, Marion and Hamilton Counties in Tennessee. 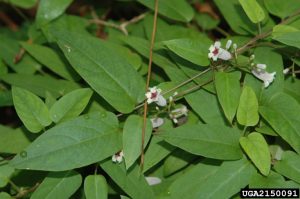 This perennial, woody vine is native to eastern and southeastern Asia and was originally introduced to the US in southern Florida as a potential crop for fiber. Its spread into neighboring states is from unknown origins, but naturalized populations are found in Georgia, North Carolina, Florida, Louisiana, Texas, and South Carolina. It is listed as a noxious weed in Alabama and Florida. There are no recorded populations in Tennessee for P. foetida.